A few months back Jon Schindehette asked me to do a large character lineup for a new series of novels coming out from D&D.  The project was titled "The Sundering" and was debuted at GenCon a few weeks back.  The character lineup had a double purpose, requiring the six main characters up front to also exist, vignetted, on their own backgrounds for each novel.  It was a heck of a lot of fun building many of these character who had never been seen before in this format.

Figuring out where to start on this project was a challenge, not to mention the entire project took quite some time to complete.  I came to a realization that I had to fit all the character into the lineup at the very beginning before trying to solve the six main characters' individual covers.  I decided to do a sort of rough pen and ink style sketch of the whole lineup and use that as my starting point. It worked out great in the end because Jon decided to use that very drawing as promotional material in previewing "The Sundering".

Drizzt and Guen were my starting points because they are right in the center of the lineup as well as being the most iconic of the characters.  I am sure many are familiar with Todd Lockwood's amazing work with the duo. Once I had developed all the characters in the lineup and had them working together in the scene I could move onto designing background for the 6 main figures. These would be the jackets for each respective character's novel. 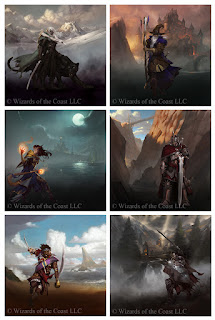 While the project took a long time to complete, I certainly had a blast working on it.  Many thanks to Jon Schindehette and all the writers (R.A Salvatore, Paul Kemp, Erin Evans, Richard Lee Byers, Troy Denning, and Ed Greenwood)  for their awesome ideas along the way.  Here are some closeups on a few of my favorite characters in the lineup, and a zoomed in set of them all together. 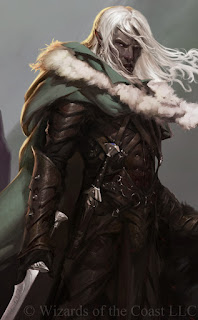 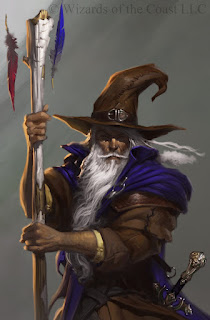 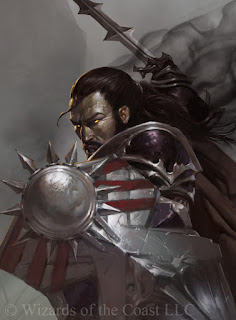