Rise of the Underdark 2 & Magic

This is the second image in D&D's Rise of the Underdark story-line.  It's associated with the adventure called The Dawn of Night and depicts the same setting as the first image.  However, the fire of the Drow is spreading and the darkness is advancing.  You can see more of this imagery at GenCon this coming week, which I regrettably will be unable to attend. There will be a third image for this set which is very different from the first two but that will have to wait. 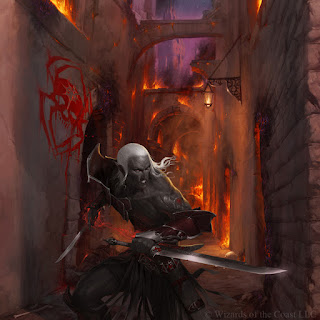 Also, I forgot to post one of my very first Magic the Gathering cards.  It is called Mutilate and was released with the M13 set.  This is the first of many to come. 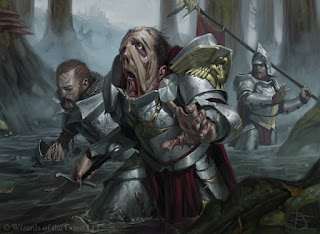 Posted by Tyler Jacobson at 9:46 AM

awesome looking card!
love how the hand is reaching out

awesome looking card!
love how the hand is reaching out

Great works!! it must be really cool to work for WOTC!

Great stuff man, that Drow is one of the best I've seen.

Same man, that Drow is baller!

Same man, that Drow is baller!

Actually I want all your stuff as prints. I better start making babies...