I just recently completed a really fun job for Scientific American.  It was for an article called The First Americans, exploring new research about early humans showing evidence they colonized the American continents earlier than previously thought.  My illustrations depict the idea that these humans took different paths into the new world; one inland, and the other along the west coast, most like by sea.  I had a great time with this project and completed a main illustration for the opening of the article as well as two vignettes for the map portion.  You can take a look at the article online here.  I had the great privilege of working with art directors Michael Mrak and Jen Christiansen. 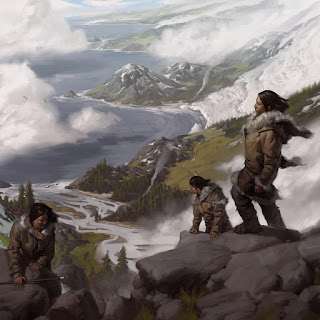 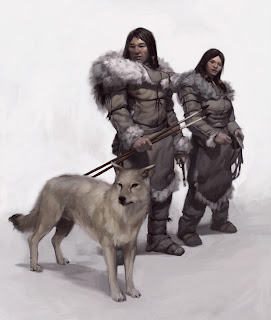 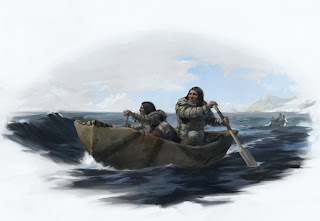 Posted by Tyler Jacobson at 2:00 PM

Wow, these look great! I love the sense of altitude and atmosphere in the first one.

These are stunning. I'd be interested in seeing your process.

I love the composition of these images! Really great job on the rendering.

the landscape one is hands down amazing! great work as always.

Impressive work Tyler. The vista that opens up on top of the post is really great.

Hello! I think these information Will be helpful for you.