Rise of the Underdark 3

Well, I finished these Rise of the Underdark images many months ago (nearly a year), but the time has finally come to show the last piece in the set.  Here are the previous ones if you missed them.  Underdark 1, Underdark 2.

This project certainly took some doing as each piece got a little more complex as we went along.  When I reached the last image the AD, Melissa Rapier, really wanted an explosion which the other pieces would lead up to.  The burning of the world and the complete rise of the Drow and the Underdark. 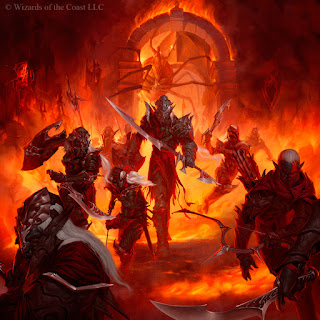 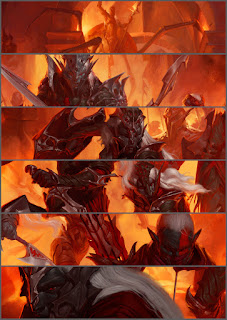 Here is some process work.

Initially I had a pretty different idea with a large monster behind the main figure.  That was scrapped and a larger scene with more figures and depth was worked out. 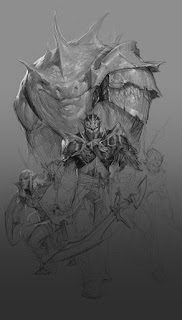 We also played around with the main figure and how he should fit in the scene.  In the end I opted to have him set back more in the haze of fire.

Here is the final pencil before I got into all the layered figures. 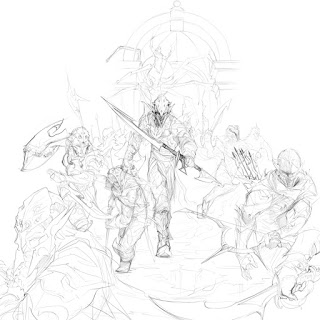 Finally,  here is how all the layered played out.

A little while back I completed a cover for R.A. and Geno Salvatore's latest novel "Stone of Tymora".  I worked with the always awesome Jon Schindehette on this one. 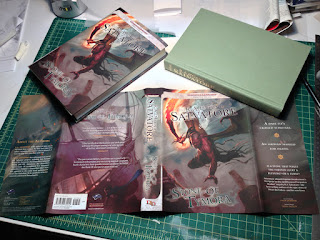 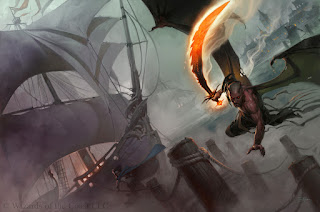 Here is a little closeup of Asbeel, the main villian. 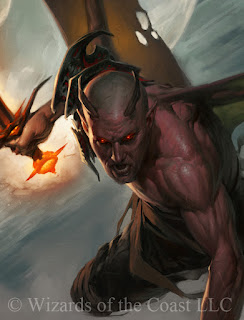